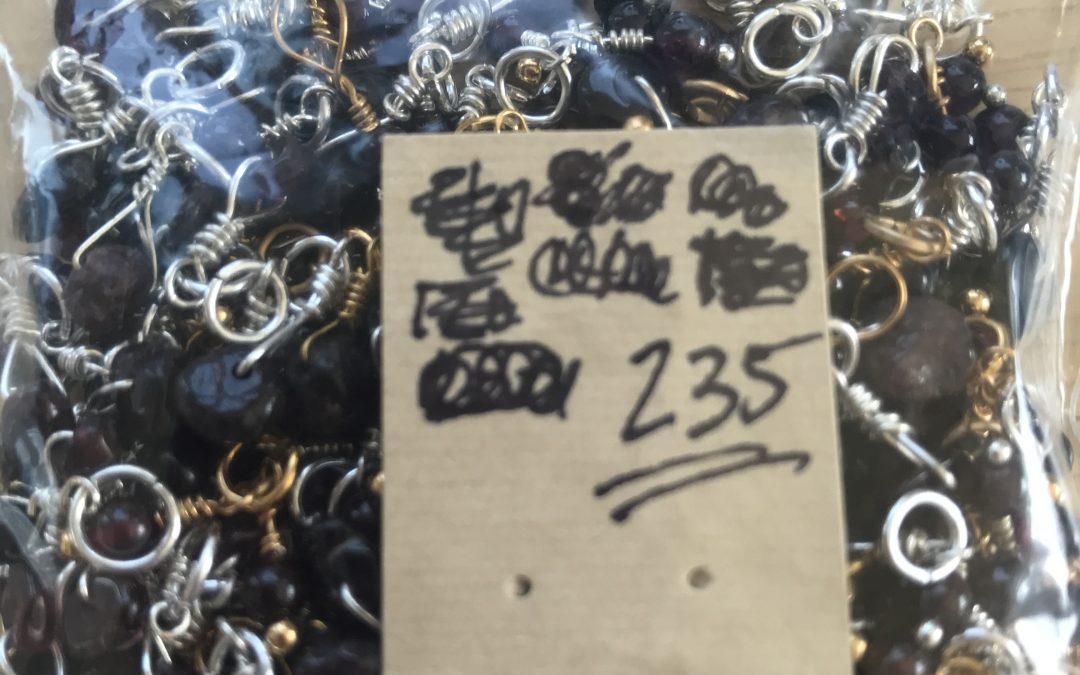 What do creative folk do in quarantine?

Well, I can’t speak for ALL creative folk, but THIS creative person went into a funk. For the first I-don’t-know-how-many days, I didn’t want to make or write or design or sketch or do anything. I only wanted to sit. And when I physically grew tired of sitting, I’d get up to move to another comfy spot … and then sit some more. You’d think that after all this do-nothing time I would have been well rested, but no. All of the energy I saved from emulating a stationary snail was diverted to my brain’s increasing need to research, analyze, and summarize ALLLLLLL the available information about quarantine and COVID-19. Each morning I’d wake up and continue this sisyphean task.

I’m good at that sort of thing.

Here’s the thing though. It quickly became an overwhelming and anxiety producing endeavor and I felt awful. Life had become a bottomless pit of rapidly changing data that I couldn’t stop exploring. Honestly, I would probably still be locked into this behavior had my brain not abruptly stomped away from the table, loudly declaring itself “done”.

Left without a functioning intellect, my focus pivoted (omigoodness I don’t like that new word, why am I using it here?) to anything but doomsday planning. I cleaned my house a bit, called friends, read a little, and scheduled daily walks. After reconnecting with some of the world around me (pro quarantine survival tip: at least once a day make yourself put down the phone, stop texting and emailing, and actually communicate with your voice) I learned that I wasn’t the only one bruised from the endless COVID-19 information rollercoaster.  Everyone was navigating their own uncharted sea of confusion, concern, and uncertainty; in this time of physical isolation, it became clear that I was not as alone in my feelings as I had thought.

This was a big “aha” moment.

My head slowly cleared, my energy seeped back, and a new creative project came to mind; something that could represent this feeling of togetherness during quarantine’s physical apart-ness.

I sifted through some stones waiting for direction and came upon a string of garnets. I associate garnets with personal strength and resilience, and this time with COVID was certainly one needing both! Interestingly, I’d also read lore suggesting that Noah used a garnet to light the way at his Ark’s helm. In a way, our open ended period of quarantine mirrored Noah’s long journey. The metaphor fit nicely and I knew garnets would be the project’s stone.

Next, I needed a group of people that I could set my intentions toward as I worked.

I called my friend Julie Burton (owner of ModernWell – the coworking space I often work at) and asked how many members there were.

That was a lot of people, but with quarantine, I clearly had time. (Luckily I also had enough garnets.)

I got to work.

It wasn’t long before I fell into the perfection trap. You know the one: “If you were a real artist/writer/you fill in the blank, you’d be better at this. Start over.” And I did start over, multiple times, trying to make each pendant look “perfect”. It wasn’t a sustainable mindset and I knew I had to rethink my expectations before continuing the project. I spent a few days away from the bench to think; what was I trying to accomplish again? Unity during separation; commonalities within differences. I looked at the garnets, and it hit me. No two could be wired the same way because they were different shapes and sizes. Similarly, each person during quarantine had their own story, their own voyage, and their own journey. The stones mirrored our collective situation, making it ok for each finished piece to be a little different from the next. In fact, it was more than ok; it was required. 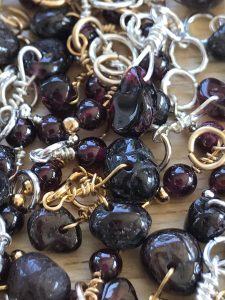 This little bit of grace helped me tremendously and two weeks later the 235 pendants were finished.

All that was left was an explanation to include with each piece. I wrote a small paragraph describing my creative intent and included the Noah’s Ark metaphor. The stone and the story came together beautifully, as I had hoped.

I brought my finished work to Julie to distribute as she saw fit, feeling satisfied for the first time in weeks. This project provided me with a daily purpose and focus that I needed at the start of … whatever we end up calling this time. My heart was full.

For a few hours.

And then me being me, worry crept in along with the what-ifs. What if I had somehow overstepped an imaginary line with the members? What if they found the Noah’s Ark reference too religious and therefore alienating? What if the pendants were seen as just another frivolous “thing” taking up space, instead of a symbol of resilience and commonality that I had intended?

In the end, it’s possible that some folk didn’t resonate with my work, but I didn’t receive any negative feedback. Instead, I read some very kind emails from members saying that the gift had indeed brought feelings of hope and collective purpose during this time.

Since finishing the project, I’ve been asked by friends and other ModernWell-ers if I would make some garnet pieces for them to give to others as gifts. Honestly, I hadn’t planned on that, especially since I had used up my entire stock of garnets. 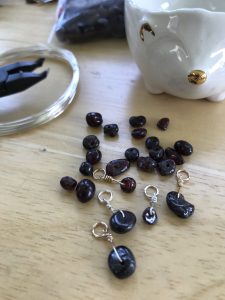 That said, I did find new stones and made a few pendants to post here. If the garnets resonate with you, too, let me know. I’ll keep making them.

I wish you well in this difficult time.

You are not alone.

Hello and welcome to Monday! ⁣ What did you put

The Pyrite I AMulet® - I AM Empowered.⁣ Associa

Fortune Cookie Wisdom No.6⁣ ⁣ It's time to get

Meet Whitney E, MD. Whitney is wearing one of the