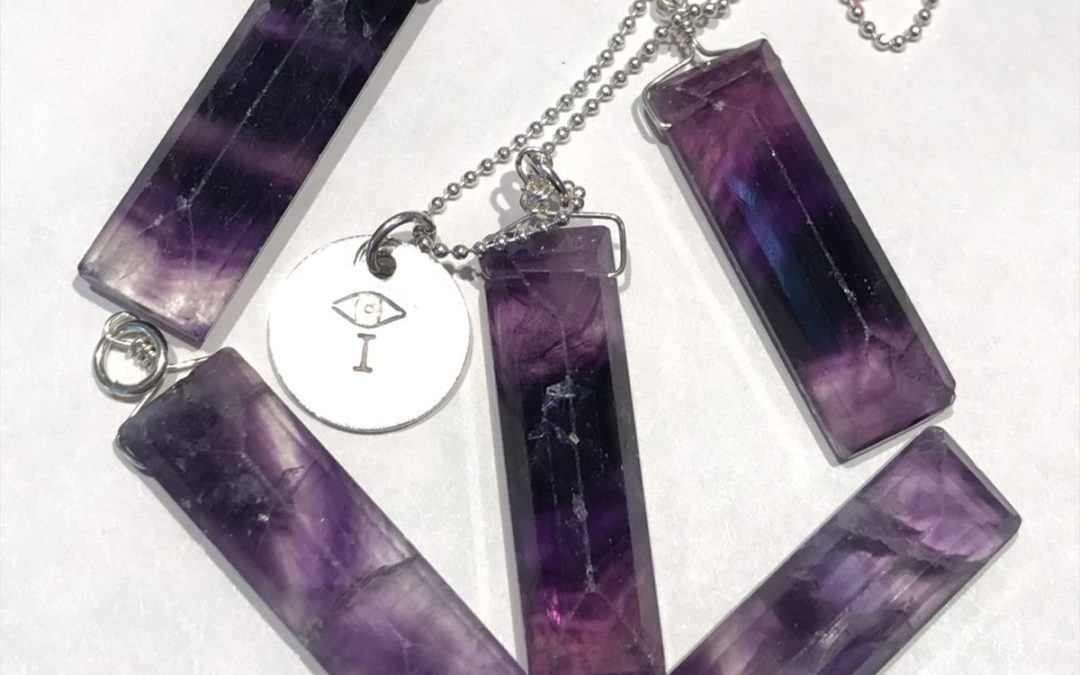 I’m not much of a resolution maker, but the turning of a new year is the perfect time to stop and think about where you’ve been, where you are, and where you’d like to go. Last New Year’s Eve, I tried something new by choosing a word for 2019. I’m not sure when this idea of a year word entered the collective consciousness of my social circle, but toward the end of 2018 friends and colleagues would casually ask what my 2019 “word’ was going to be. It took a while, but eventually I did choose one: LEAP. I imagined LEAPers as people who didn’t hesitate or overthink things, they just went for their dreams. I wanted to be less hesitant with my jewelry as a business, and figured that by LEAPing instead of hesitating, maybe I could move forward with this website and in-person events easier.  Looking back on 2019, I think using LEAP as a guide word was a good choice. I LEAPt a lot.

But now it’s officially 2020, and time for a new year word. The geek/physician part of me decided that an eye related word was preferable to play on the 20/20 pun possibilities, and the rest of me went along with the exercise.

At first I considered VISION but decided that it was too weighty and serious. VISION makes me feel like whatever I do has to be prolific somehow, with bigger and better ideas than I might ever generate. Nope. I don’t want that word.

Next I thought, maybe CLARITY would be a good option, but after trying it on for a few days I took it off, too. CLARITY feels stifling to me, and demands a serious approach to whatever it touches. I’m far too good at serious. Pass.

So, in a true Goldilocks moment, I’ve landed on a third option, FOCUS. So far, it feels like a strong possibility. If last year was for LEAPing, then this year is for regrouping and FOCUSing on what I’ve gotten myself into. FOCUS will help me to refine, shape, and work with what I’ve built so far. I haven’t made a final decision yet, but right now, FOCUS feels like it could be the one.

In celebration of my choice, I’ve started wearing an I Am Focused fluorite talisman pendant on my I AMuleT. I like to switch out the pendants from time to time, and this was a good excuse to do so. I have some bar shaped fluorites at the bench that I’ve been playing with; I love the shape. I made a few extra bar pendants as a special edition option for the fluorite I AMuleT. If you like them, maybe I’ll make a few more.

Hello and welcome to Monday! ⁣ What did you put

The Pyrite I AMulet® - I AM Empowered.⁣ Associa

Fortune Cookie Wisdom No.6⁣ ⁣ It's time to get

Meet Whitney E, MD. Whitney is wearing one of the